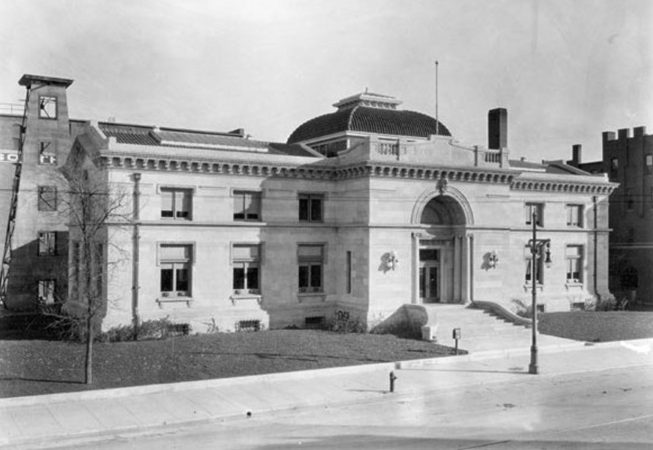 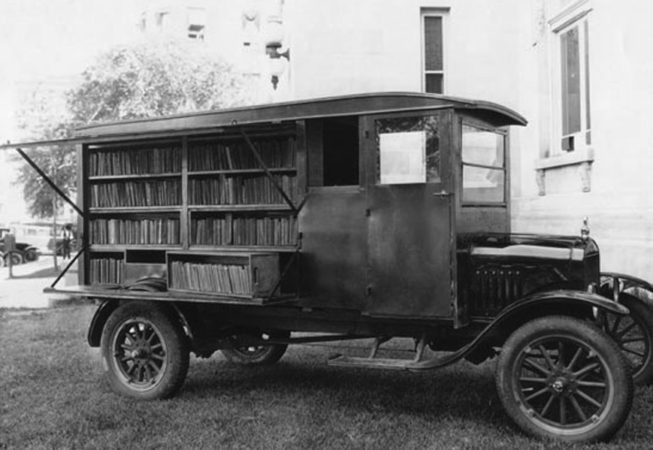 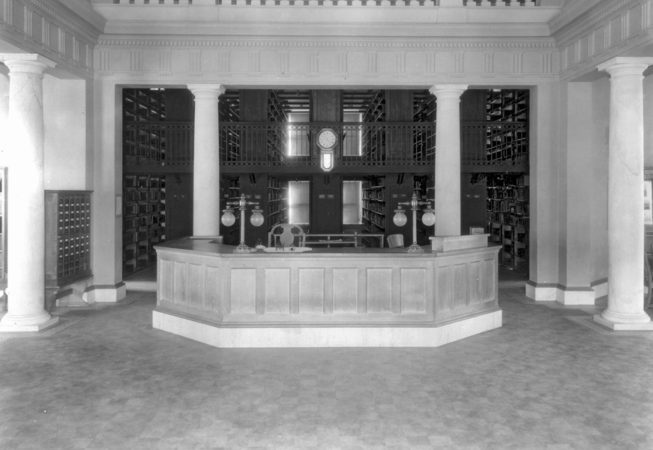 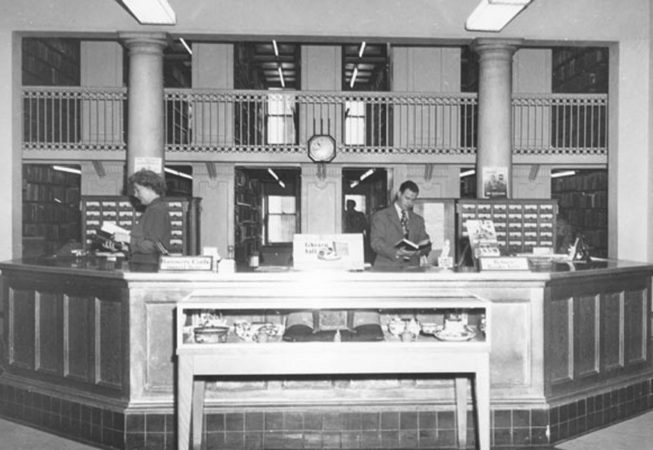 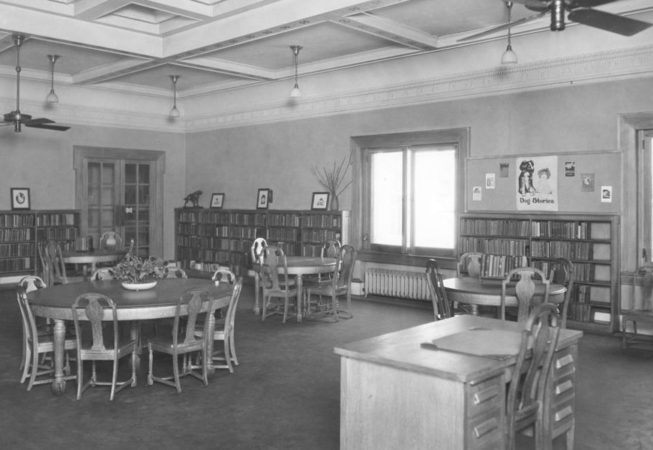 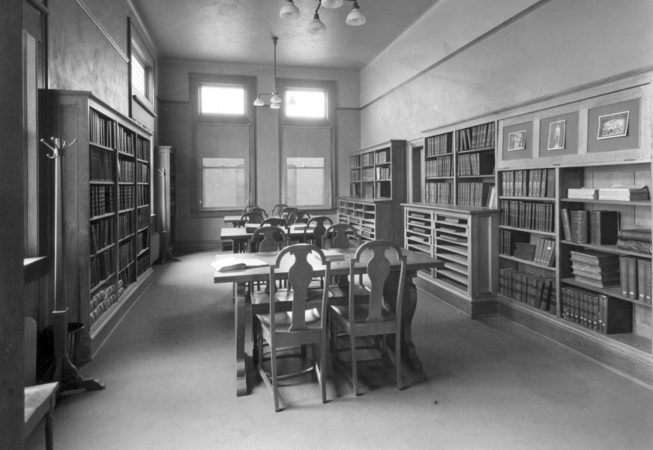 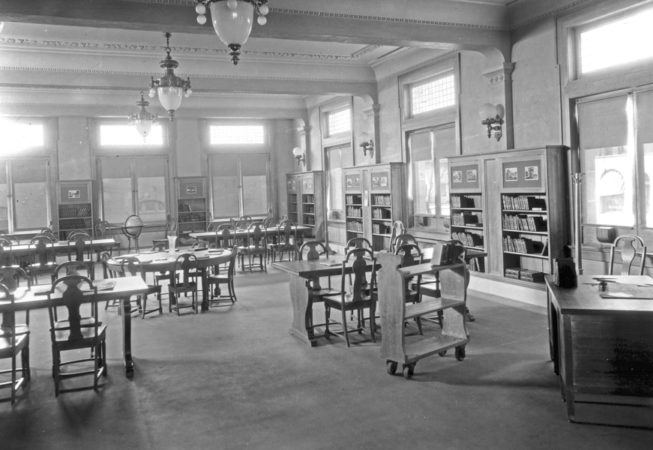 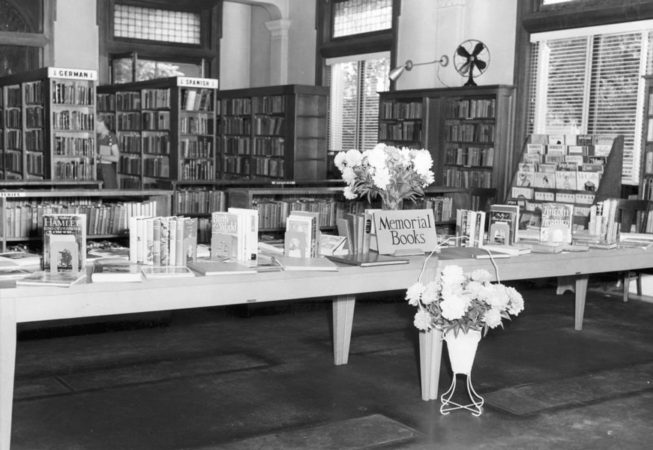 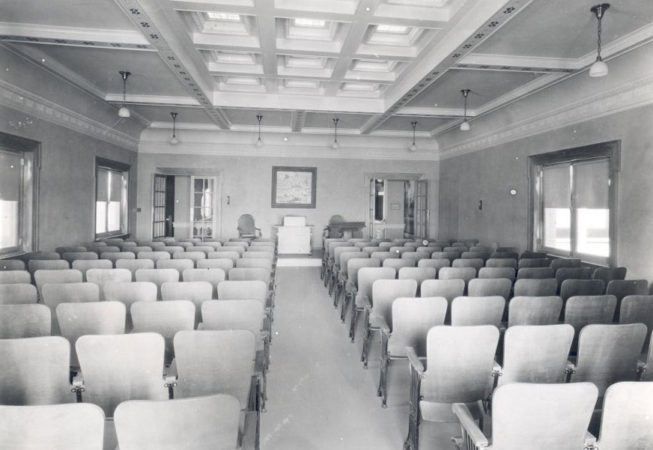 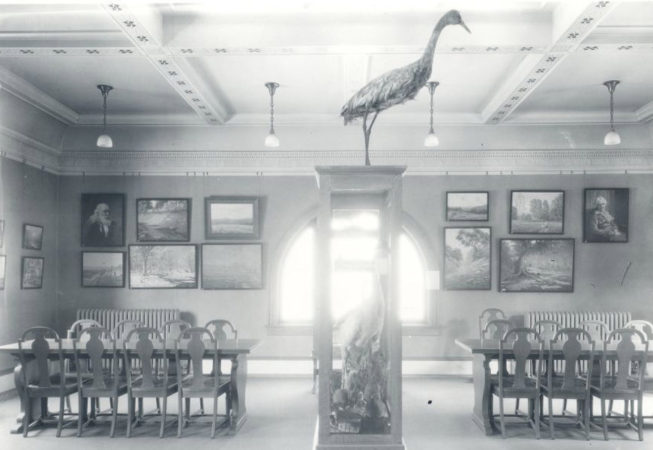 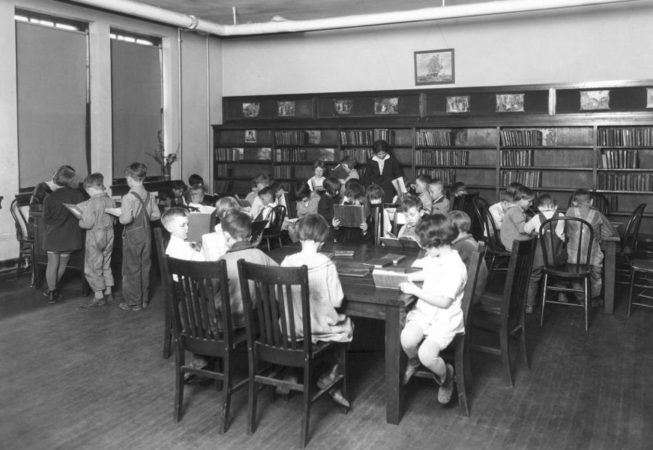 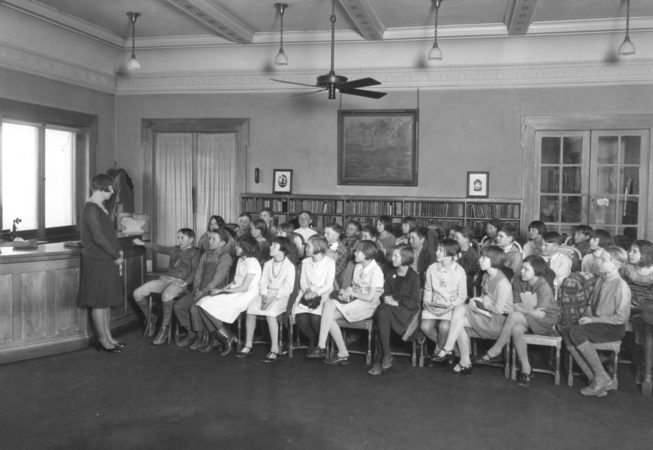 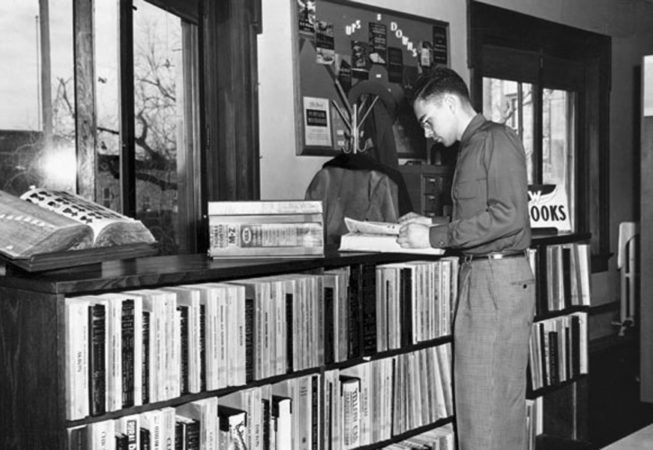 The Wichita Carnegie Library was made possible through a philanthropic initiative of industrialist Andrew Carnegie. As part of a program that contributed $40 million to fund the construction of 1,679 libraries across the country, Wichita received $75,000 to build the Wichita Carnegie Library after pledging to appropriate $7,500 annually for operations. Originally opened in 1915, the building marked the beginning of Wichita’s cultural renaissance.
The library gave visitors the feeling they were entering a cathedral to learning, fine art and cultural ideals. This was largely due to the contributions of Louise Caldwell-Murdock, a patron of the arts and interior designer who coordinated every artistic and aesthetic detail of the building.
Much of the space on the first floor was occupied by oak bookshelves filled with a variety of tomes. The Carnegie also featured a reference library and several levels of wrought iron library stacks. However, the Carnegie was more than just a place to house books. The library dedicated space for art exhibits, lectures and natural history displays. These spaces included one lecture hall on the second floor and a gallery space in the basement of the building. It was truly a diverse house of learning.
The original library was heated by a radiator system connected to the boiler in the adjacent City Hall Building (now the Wichita-Sedgwick County Historical Museum) by a 60-foot steam tunnel. It was cooled by fans. There were no elevators and the only bathrooms were located in the basement.
By 1957, the city had outgrown the Wichita Carnegie Library resulting in the construction and opening of a modern library across the street. After serving as a library, the Carnegie was a municipal court and then a planetarium. In 2000, Exploration Place opened, the planetarium closed and the Carnegie building went dark.
The renovation of the building by Fidelity Bank began in 2006. After more than 90 years of use, many of the unique furnishings, light fixtures and artwork had been removed. Diligent research was conducted to aid in the historically accurate restoration of the library.
Today the fully restored Wichita Carnegie Library stands as a vision restored and a landmark preserved.

BACK TO CARNEGIE RESTORED